The impact of global crop health on food security has been downplayed for too long. While this issue does occasionally receive media attention, more often than not it is information that is quickly forgotten, replaced by other day-to-day, short-term concerns. Yet what is at stake from the challenge presented by plant disease is much more than just outbreaks that might threaten economic markets. 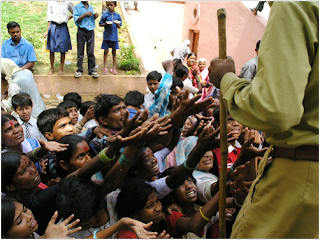 Plant diseases – crop pests in general – are responsible for crop losses in the range of 20 to 40% of the world agricultural production. The range of losses varies widely depending on the production contexts and objectives. The proximate issue is the immediate impact such losses have on food security in the short term; but the ultimate issue is long-term, for example, the impact of regular attrition of ecosystems’ performances and the services they provide to

humanity, including the first and most important of these, food security .

The short-term potential consequences of losses due to crop harmful organisms have been, and in most cases still are, tackled by means of pesticides. This reliance on pesticides to suppress disease can be considered as analogous to a reliance of fire brigades to put out fires once they have started; emergencies call for rapid remedies and just as the water used to put out fires may cause widespread damage to the threatened property so pesticides may have unwanted but unavoidable consequences for the environment. This is often the frightening message that the media discusses about the negative impacts of these products; and the idea of agricultural progress in general is tainted by association. And yet, epidemiological research on plant diseases has demonstrated time and again that a long term perspective to manage short term problems is the best strategy. Just as in human medicine (or indeed fire management), it is far better to avoid problems than to have to face them when it is often too late. The best possible illustration of this is the plant equivalent to vaccine, breeding for host plant resistance. Breeding, the development and deployment of a new crop variety with resistance to disease, can take a very long time and requires significant and sustained financial resources. 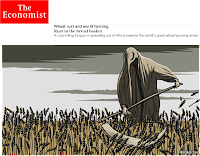 While we know that plant breeding offers a sustainable long term solution to the impacts of plant disease, in spite of various efforts, the long-term consequences of crop losses to diseases and pests are essentially uncharted territory. We know that each unit of ‘untaken harvest’ corresponds to a commensurate waste of roblox robux generator many factors, including soil, energy, water, fertilizer, and skills. The multidimensional nature of crop losses is very poorly documented, if it is documented at all. These wastes undermine the sustainability of agricultural systems, directly affect economic fabrics, and thus threaten natural systems as well by limiting the availability of resources to allocate to environmental protection. Furthermore, in the developing world crop harmful agents contribute to the vicious circle whereby poverty hampers the adoption of new technologies, or of change in general, increasing the vulnerability of agroecosystems, and leading to short-term and often poor options, which make farmers poorer and more vulnerable.